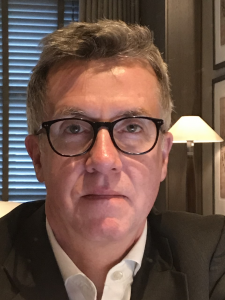 Seamus was formerly Policy Director at the Institute of Chartered Secretaries and Administrators (ICSA), now known as the Chartered Governance Institute (CGI), where he authored the Institute’s 2010 guidance on ‘Boardroom Behaviours’, and led the working group which produced the FRC’s 2011 Guidance on Boardroom Effectiveness. He also led the working group which produced Enhancing Stewardship Dialogue, a guide to improving communications between companies and institutional investors, and was responsible for the Financial Times/CGI Boardroom Bellwether, the CGI Excellence in Governance Awards, and for a range of initiatives relating to the NHS and not-for-profit sectors.

He oversaw the production of CGI’s technical output, including its best-practice Guidance Notes on boards and directors, relating to areas such as ‘Director induction’, ‘Joining the right board’, ‘Non-executive director appointments’, ‘Matters reserved for the board’, ‘Committee terms of reference’, and ‘Care, skill and diligence’.

Seamus has been at the forefront of thinking and practice on governance issues, in the UK and internationally. He has worked around the world, written four national governance Codes, been involved in the production of a Code of Practice for Independent External Board Evaluations, has written numerous articles and speaks at conferences.

Previously, Seamus was the Group Company Secretary and Director of Regulation at Anglian Water (later AWG) plc, advising the board on regulatory, governance, environmental, operational and corporate issues; and Head of Public Policy and Regulation at O2 plc, where he had a similar role. He was originally a senior Whitehall policy adviser, and was Private Secretary to John Gummer MP, Secretary of State for the Environment, and John Prescott MP, Deputy Prime Minister. He has also served as an adviser to the French Government, working in the Ministere de l’Equipment, de Transport et de Tourisme, following a secondment to the prestigious Ecole Nationale d’Administration.

Seamus has a BA (Hons) in Business Studies and French, a Masters in Business Administration from Henley Management College, and is a Fellow of the Chartered Governance Institute.